QEMU is an excellent platform to emulate hardware platforms. But, we often end up using ready-made platforms without thinking twice about how QEMU emulates them. This article dives into the depth of how a new peripheral can be added to an existing QEMU machine and how to interact with it using bare-metal C code. Ultimately, we will build a RISC-V machine that has our custom peripheral and driver for that peripheral.

For detailed steps on setting up the tooling and compiling all the required pieces, refer to my previous article: Linux & Python on RISC-V using QEMU from scratch.

Before we add things to QEMU, we need first to understand the development ecosystem. I am compiling the latest 5.2.0 version of QEMU for this.

QEMU has a build flow similar to the autoconf tools based flow – we first do a configure and then make. However, recently, QEMU started using uses Meson build system under the hood instead of GNU autotools. The main difference we note at first is that only VPATH builds are supported. Configuration environment properties are identified by the configure script, recipes by Kconfig, Meson takes over at that point to tie together the build. Even though Kconfig is used, there is no UI to manage the configurations. This info will come in handy when we later add our peripherals into the machine emulation.

To build QEMU for the RISC-V machine,

$RISCV is where we want the built images to be stored

Note that we are building the softmmu version as well as the linux-user version.

From the QEMU manual, we know that :

new targets and boards can be added without knowing in detail the architecture of the hardware emulation subsystems. Boards only have to list the components they need, and the compiled executable will include all the required dependencies and all the devices that the user can add to that board.

This is what we will leverage to add our first peripheral.

We will use riscv-probe as the base to start executing bare metal code. From the official repo readme, we know that:

riscv-probe contains libfemto which is a lightweight bare-metal C library conforming to a reduced set of the POSIX.1-2017 / IEEE 1003.1-2017 standard. libfemto can be used as a starting point for bare metal RISC-V programs that require interrupt handling, basic string routines, and printf().

We clone the repo and compile it with:

the toolchain we compiled in the previous article was not compiled with --enable-multilib. So, I had to recompile it.

The default did not build !!

So, I had to define riscv_excp_names and riscv_intr_names as extern to get it to compile. After digging around, I found that PR#9 fixes a whole bunch of these issues. So, I cloned the patch branch (patch1 of axel-h / riscv-probe) and used it instead

Then execute the “hello world” code in the 64-bit virt machine using:

The -bios none option is not present in the official riscv-probe documentation. But with newer QEMU virt machines, you need to pass this option since the bios FW is loaded by default, and this overlaps with our bare-metal code.

what is a virt machine

The virt board is a platform which does not correspond to any real hardware; it is designed for use in virtual machines. More information can be found in the QEMU Documentation page here.

Here are the initialization and execution sequence of the riscv-probe femto ecosystem. This understanding is essential to generate a stripped out version of riscv-probe for us to use.

Since the Makefile is dynamic, we start by deleting all env components other than virt and common. Then I deleted all the examples other than hello and cleaned up the make file to build just the 64-bit hello program. For now, this is what we will use as our “SDK.” I can now modify and run bare metal code.

In the previous experiment, we did a printf()—a relatively simple task in the application software realm. But, there are a few moving pieces.

From the fundamental code flow analysis, we know that UART is emulated after a ns16550a device. Let us see how a single character passed to printf() reach QEMU frontend. I am beginning this analysis with an assumption that finally, a character gets written into a memory-mapped register processed by the UART emulation in QEMU.

Here is the code flow of printf() within libfemto. The short version of the info present in the sequence chart is:

Now, the question is, how does QEMU know that the contents of UART_THR have changed and that it needs to be printed on the console?

To understand this, we need first to understand how the UART device at 0x10000000 is mapped in QEMU. By looking at riscv\virt.c we know that the device is added as a flattened device tree (FDT). This info can also be pulled out of the pre-compiled QEMU instance by doing:

More on this in the next section

In virt.c, we also see a call to serial_mm_init() where the VIRT_UART0 address is passed on. Following this trail, we get to know how a printf() in the application code ends up in the emulated QEMU console.

a range of guest memory that is implemented by host callbacks; each read or write causes a callback to be called on the host. You initialize these with memory_region_init_io(), passing it a MemoryRegionOps structure describing the callbacks.

You can see this in action by passing the -trace serial_ioport_write flag while executing QEMU. In the previous experiment, we dumped the device tree blob and converted it into a device tree source using the device tree compiler ( dtc). Then we also saw that the memory I/O callbacks are registered using ` memory_region_init_io()`. Let us take a closer look at how these are related.

The following is my empirical understanding. However, some parts of the system might break if you remove the FDT calls.

QEMU passes on the flattened device tree to the kernel as part of the boot loading process. This is for the kernel to understand the systems architecture – the usual device tree process. However, for bare-metal code to work, the flattened device tree need not be fully populated – unless you want to do some interrupt-based processing. To prove this point, I removed the fdt calls creating the UART0 entry from virt.c, recompiled qemu, and executed the hello world code – It works as expected. One thing to note is that the chosen entry is mandatory. So, I hardcoded the string instead of passing the name argument.

Now that we have a relatively good understanding of how a new peripheral can be added in QEMU and controlled via SW let us put that understanding into practice.

We will design a relatively simple memory-mapped peripheral device. The target is to make it appear in the system memory map and access it through C code. The simplest peripheral would be a static register set with pre-defined contents that we can read. This rather useless peripheral’s purpose is to ensure that our understanding of the system architecture is accurate. This will let us graduate into more complex peripherals in the future. Let us call this peripheral “The Butter Robot.” Here are the steps to follow to create the peripheral:

You can see the full diff of changes in my github QEMU fork.

I used the following code within the probe SDK we created before to test out the implementation. 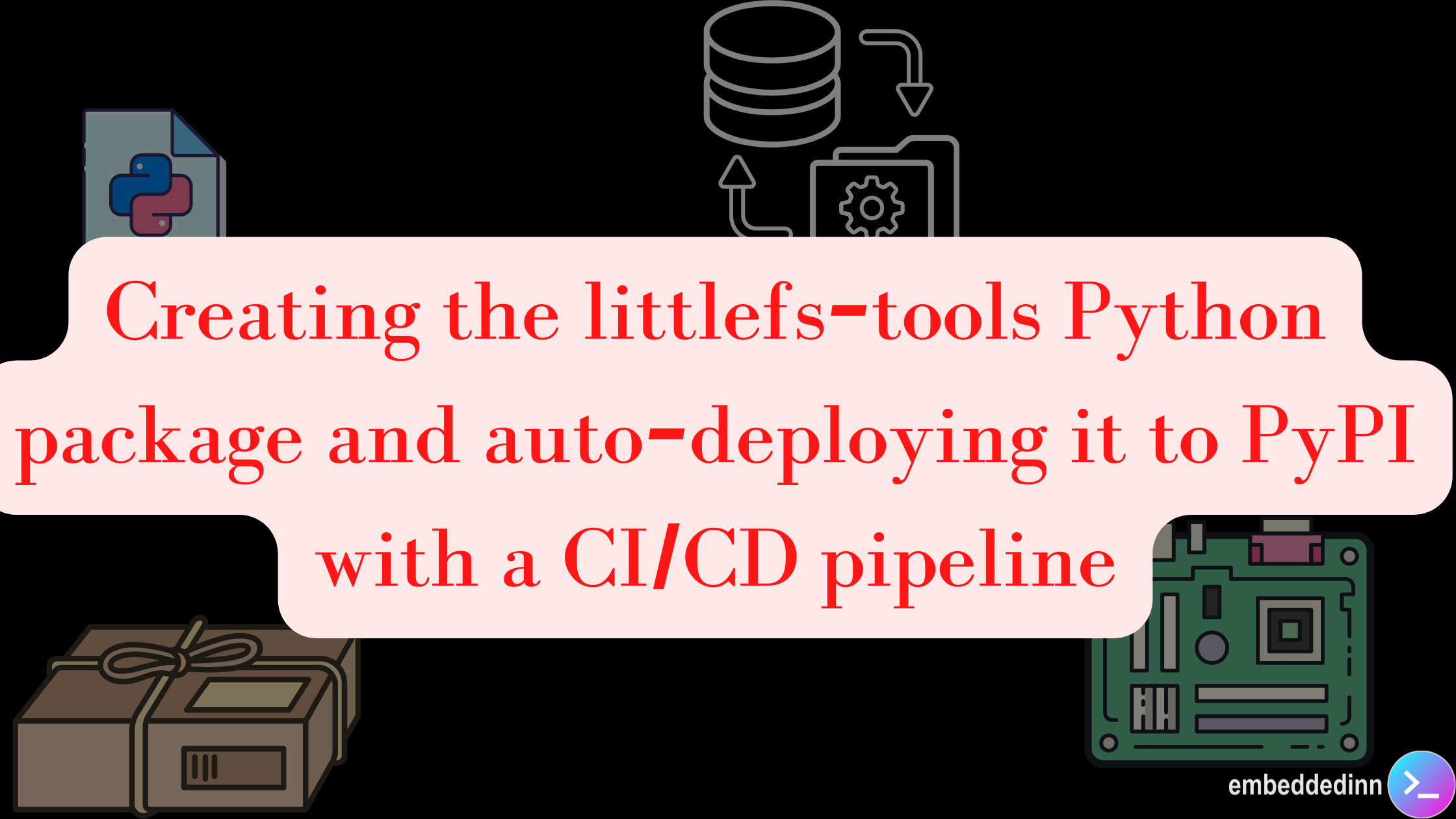 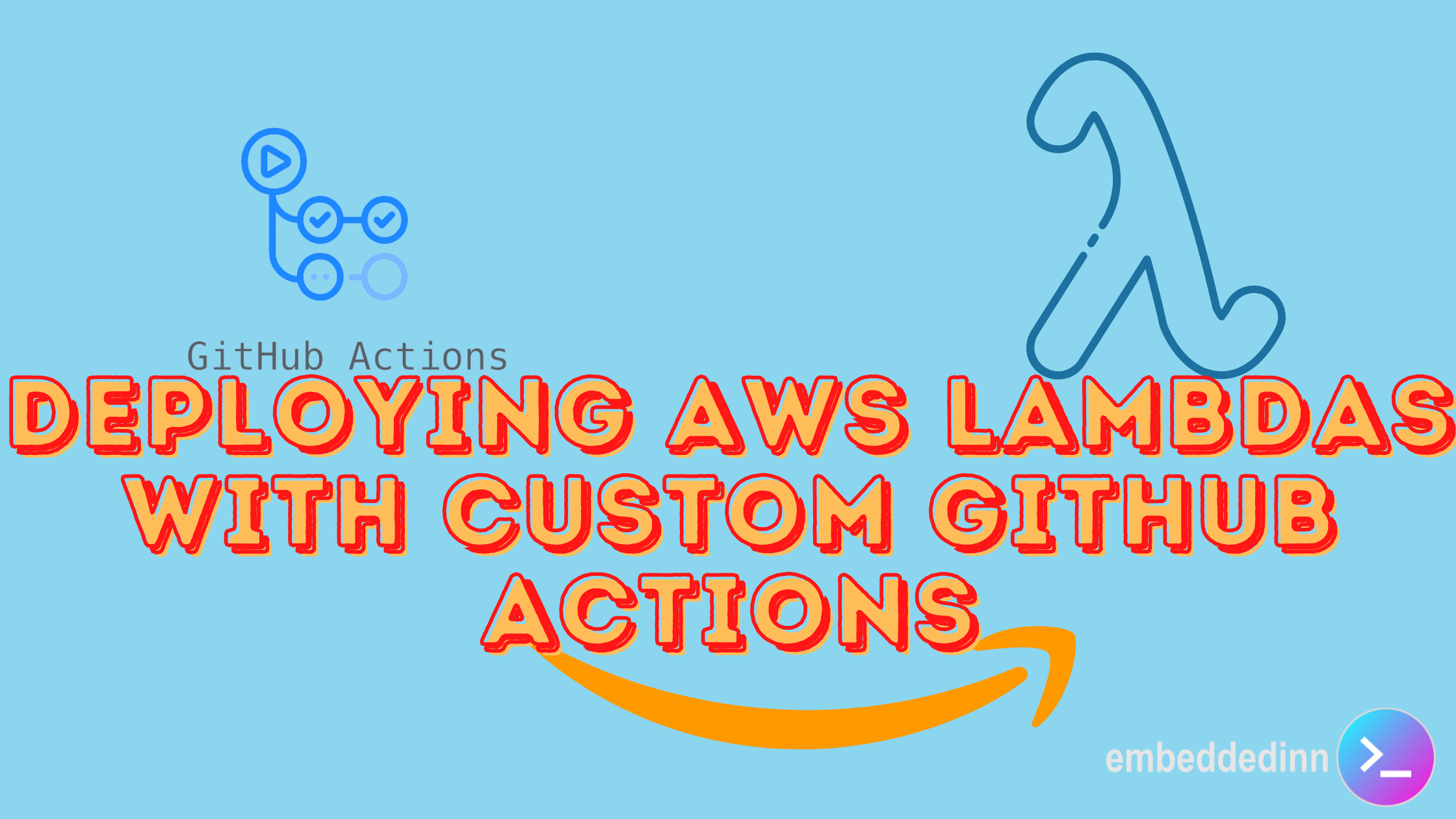 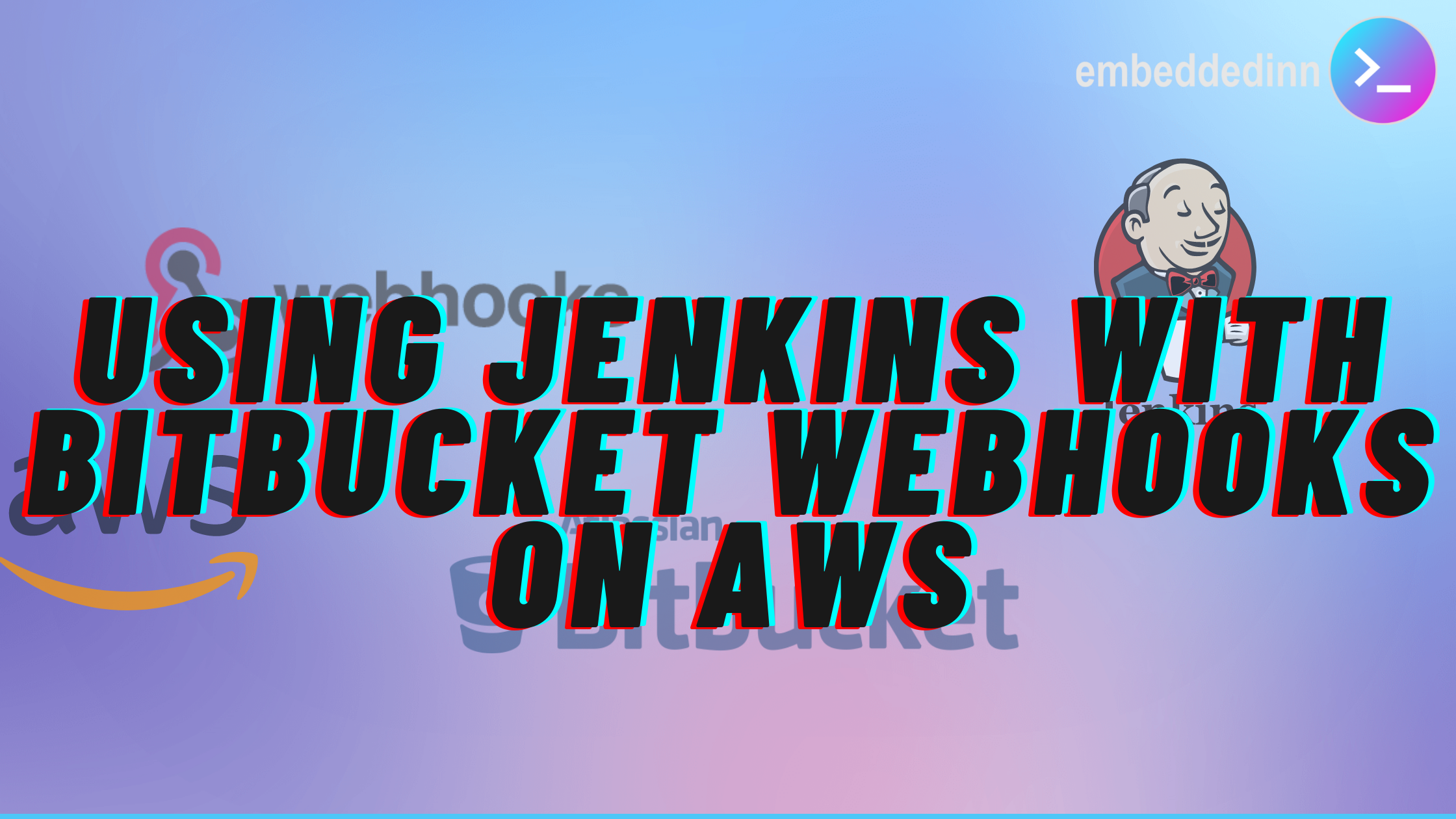 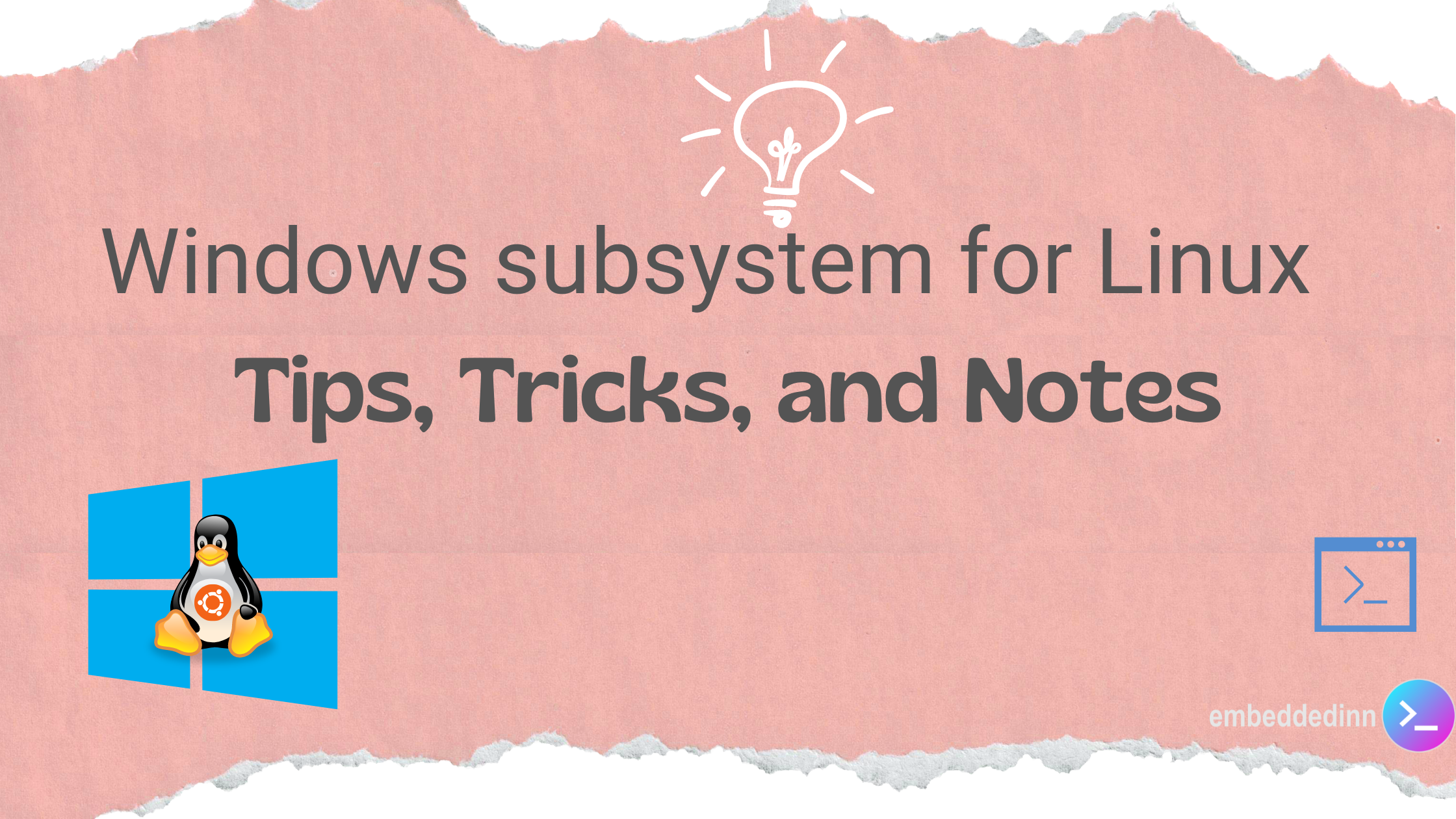 Some quick notes, tips and tricks to use WSL as a work environment when you are stuck with a Windows PC